I’ve stumbled upon a nice post by Jackie Hadel where she shared some graffiti pictures from – Chișinău, the town I was born at. I left Chișinău in 1990 and first visited it in this March. I also took several graffiti pictures which I will share here. Chișinău is also known by its Russian name Kishinev. 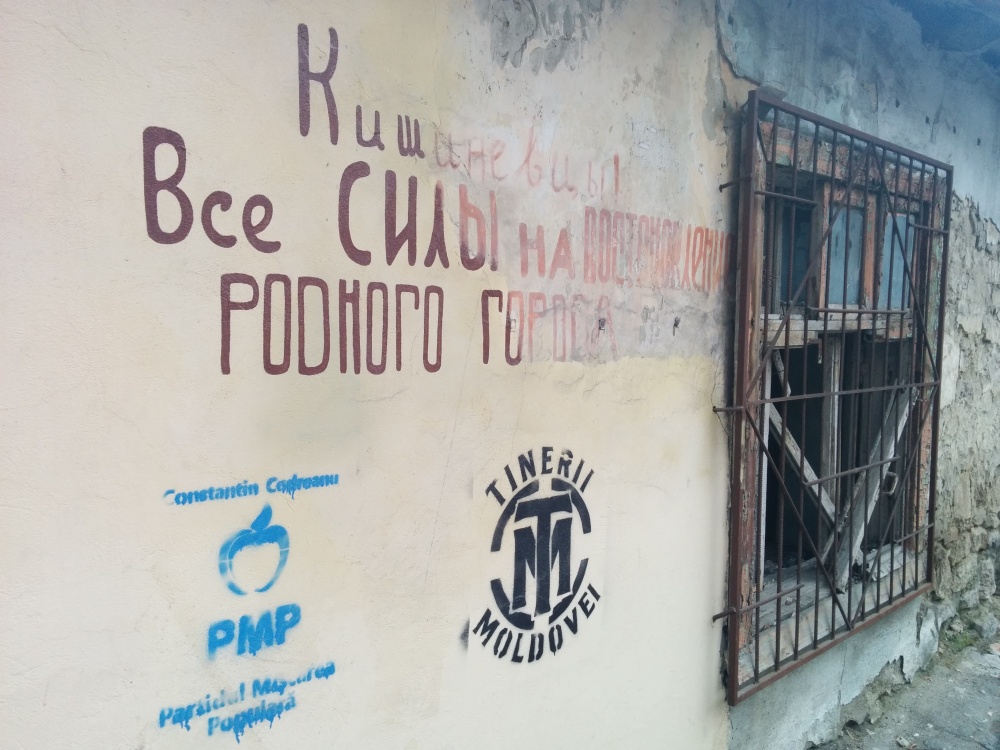 This is a partially restored post-WWII writing that says “Kishinevers, give your all efforts to rebuild [your] native town”. Kishinev was ruined almost completely during the World War II. Right now, after the USSR collapse more than 25 years ago, the city still looks as if it needs to be restored. 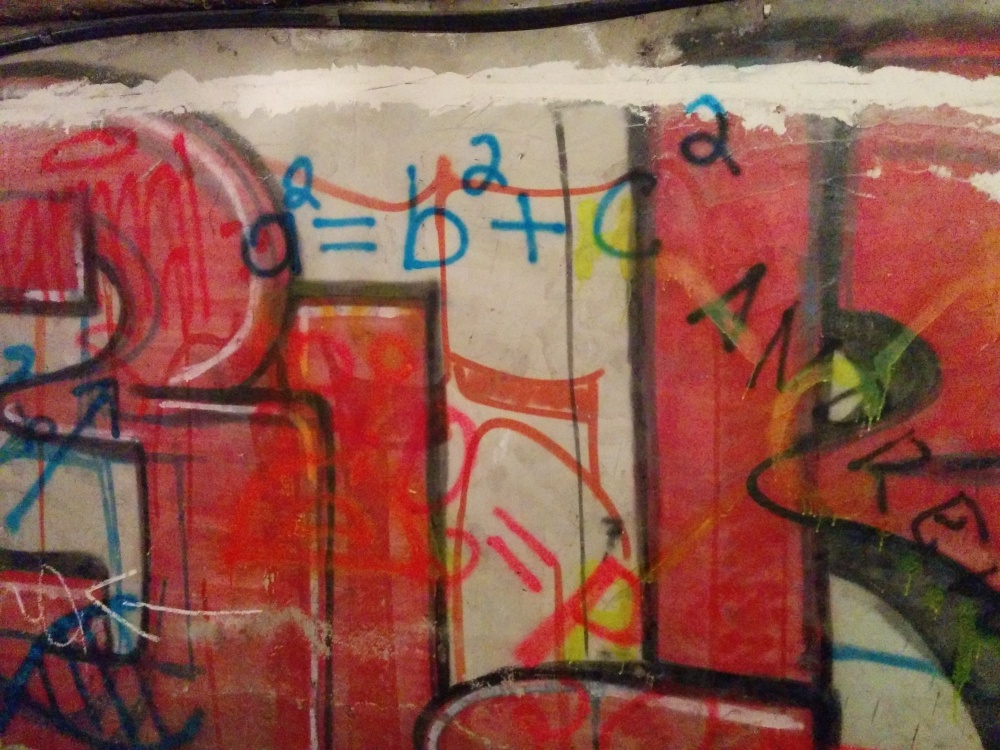 Being a data scientist, I liked this graffiti for the maths. It’s the Pythagorean theorem, in case you missed it. 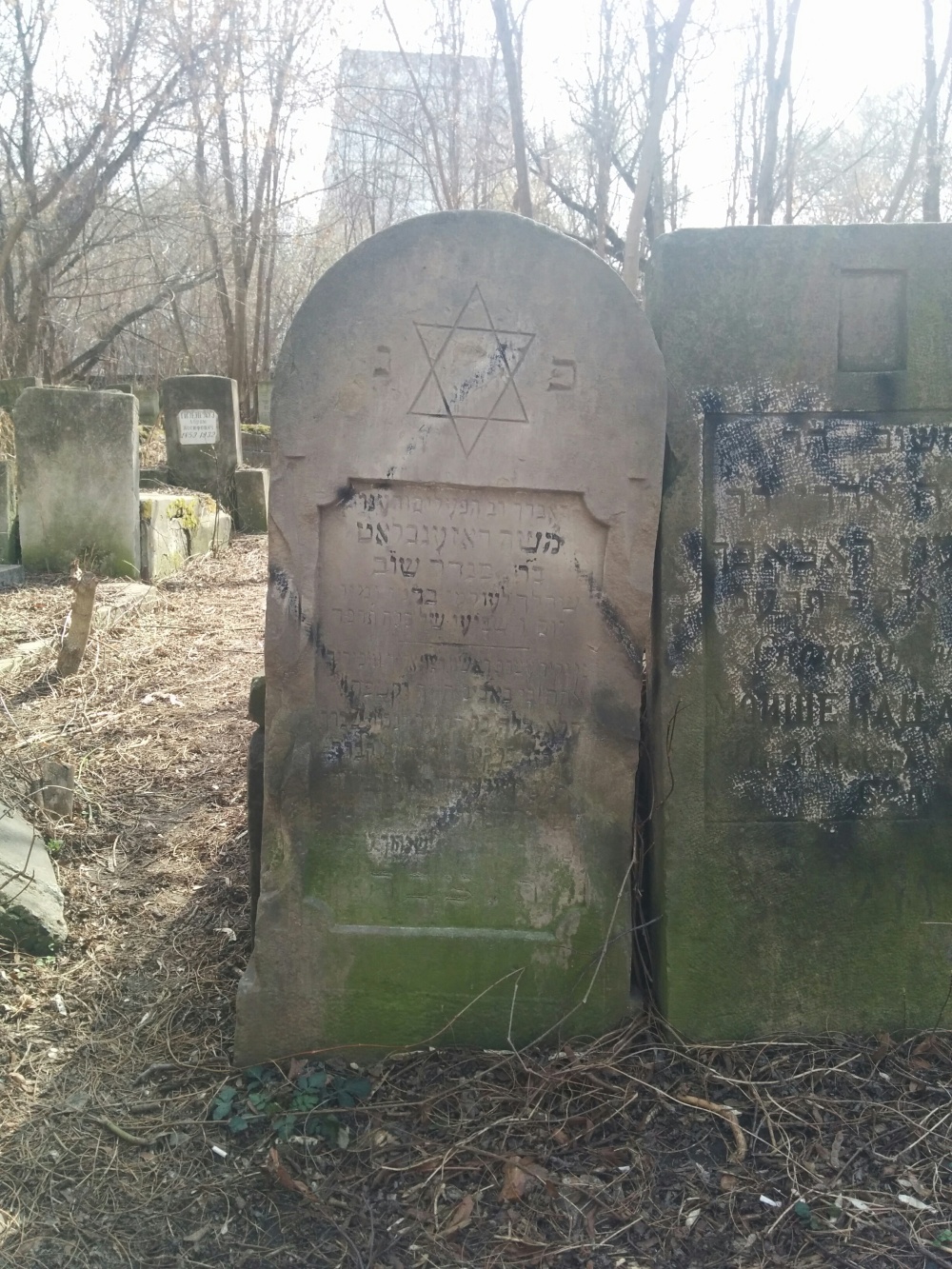 Swastika on a tombstone in the old Jewish cemetery. One of the saddest places I visited in this city. 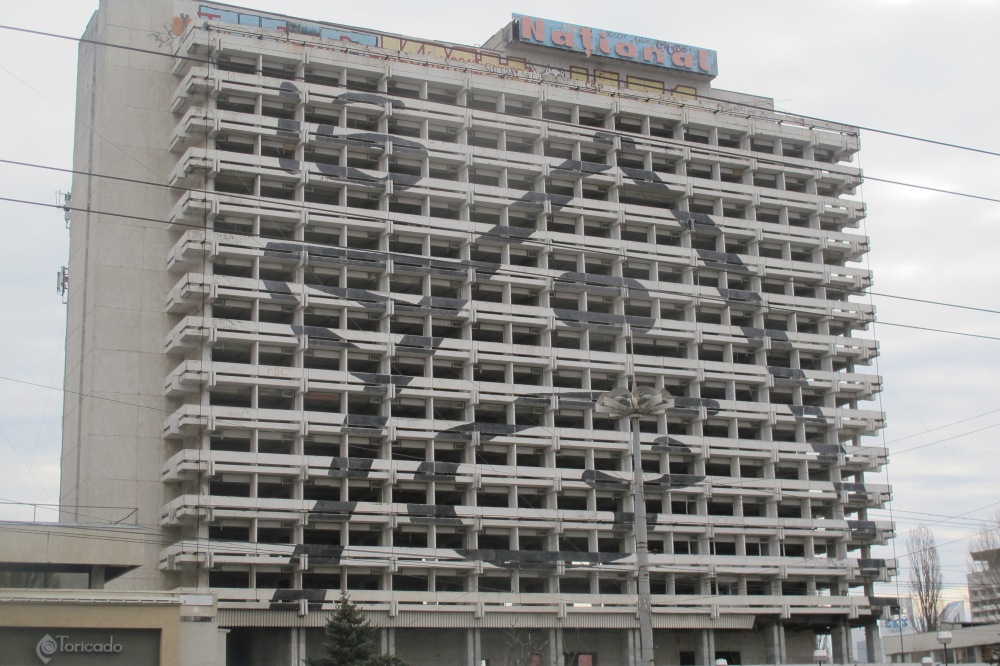 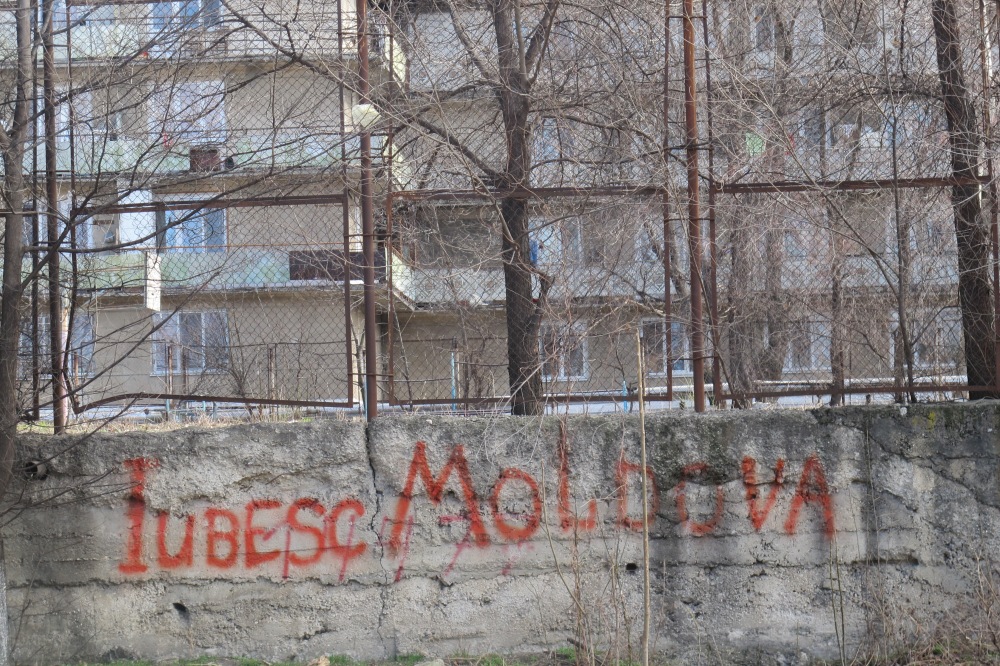 See the original post that prompted me to share these pictures: CHISINAU, MOLDOVA GRAFFITI: LEFT IN RUIN, YOU MAKE ME HAPPY — TOKIDOKI (NOMAD) 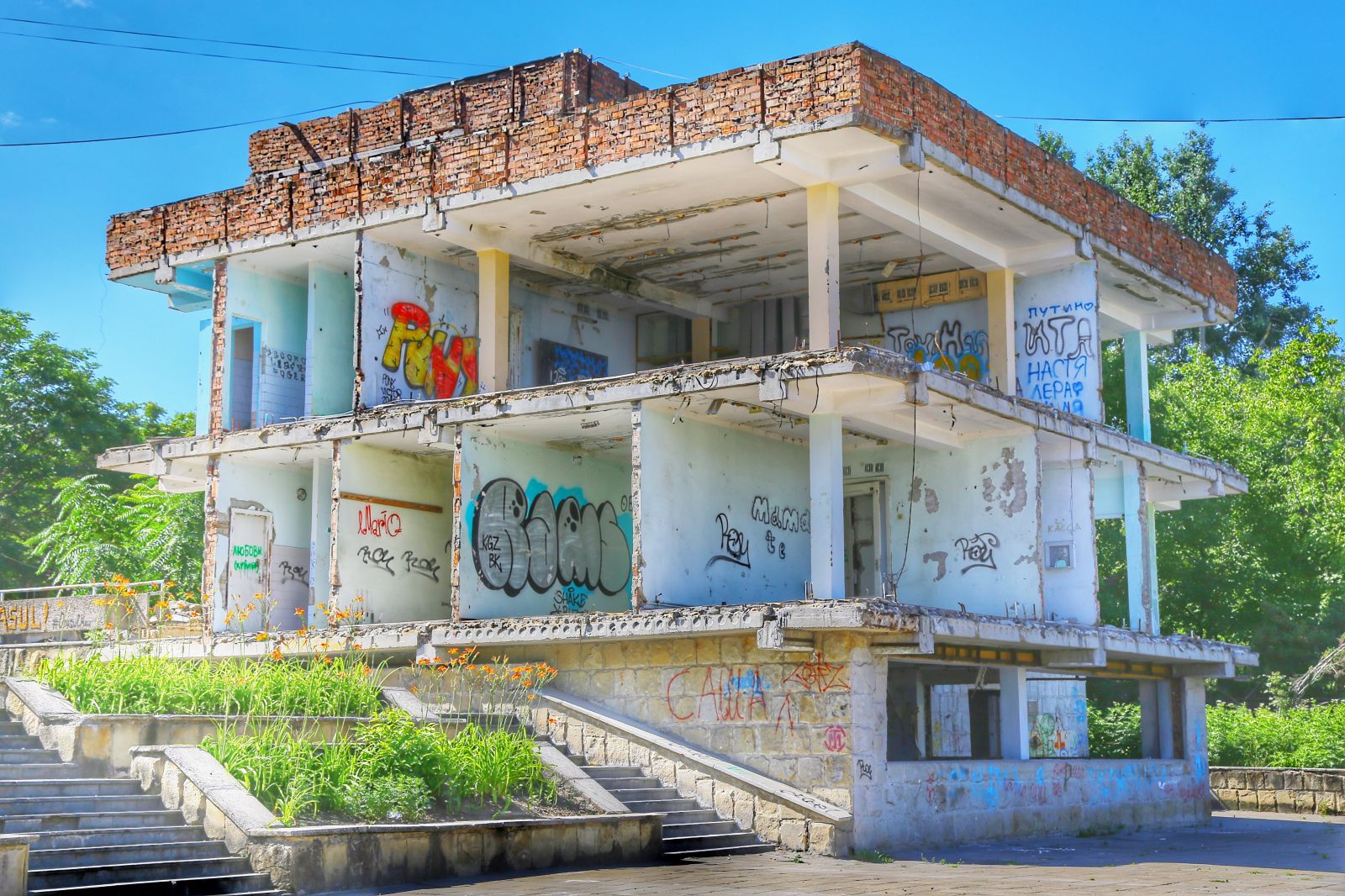 One thought on “Graffiti from Chișinău, Moldova”