END_OF_DOCUMENT_TOKEN_TO_BE_REPLACED

Do you have more examples of graphs written in Arabic, Farsi, Urdu or another RTL language? Please send them to me.

I already wrote about my interest in data visualization in Right-To-Left (RTL) languages. Recently, I got copies of high school calculus books from Jordan and the Palestinian Authority.

Both Jordan and PA use the same (Jordanian) school program. In both cases, I was surprised to discover that they almost never use Latin or Greek letters in their math notation. Not only that, the entire direction of the the mathematical notation is from right to left. Here’s an illustrative example from the Palestinian book.

And here is an example from Jordan

What do we see here?

What about mathematics textbooks in Hebrew?

Unfortunately, I don’t have a copy of a Hebrew language book in calculus, so I will use fifth grade math book

Despite the fact that the Hebrew text flows from right to left, we (the Israelis) write our math notations from left to right. I have never saw any exceptions of this rule.

In this particular textbook, the X axis is set up from left to right. This direction is obvious in the upper example. The lower example lists months — from January to December. Despite the fact the the month names are written in Hebrew, their direction is LTR. Note that this is not an obvious choice. In many version of Excel, for example, the default direction of the X axis in Hebrew document is from right to left.

Do you have more examples of graphs written in Arabic, Farsi, Urdu or another RTL language? Please send them to me.

This post is written in Hebrew about a Hebrew issue. I won’t translate it to English. 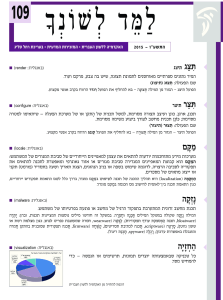